Your character can have a variety of skills and talents to give them more dimension and depth. What a character is good at (and bad at!) can influence and be influenced by their interests, background, and upbringing.

It’s important to ensure that character skills are balanced though — a character can’t be amazing at everything they do! In addition to being unrealistic and running into godmoding issues, this can get boring! Characters struggling and failing to do things is a core part of storytelling, after all! 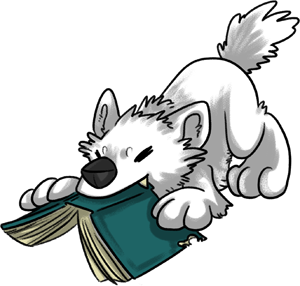 It’s worth mentioning that characters don’t need to have any defined or specialised skills at all to start with, and players are free to (and even encouraged to) explore what talents their character might wish to pursue as they actively roleplay. As canines, almost all characters have the ability to take care of themselves and survive in the wilds, and that’s a pretty decent base set of skills!

And because most canines will have at least a basic understanding and competent grasp of survival skills such as hunting and fighting, there’s usually no need to specifically mention that a character can hunt and fight unless they’re notably good or notably bad at it.

As the overall ‘Soulsverse becomes more “civilised,” basic literacy and rudimentary horsemanship are also becoming more common. If your character hails from a relatively humanised part of the world, it may not be necessary to mention these skills either. On the other hand, if your character is from the backcountry, but has somehow learned to read and write anyway, that might indeed be worth mentioning.

As there typically isn’t much to expand on in terms of canine abilities, most types of complex skills tend towards the more humanised end of the spectrum. As human roleplayers, it’s often more interesting for us to have characters dive into something like mastering archery than the fine details of feral canine fighting strategies, especially as there’s a limit on the amount of realistic research we can do on the latter subject.

While players certainly don’t have to be experts at anything in order to have a character who’s an expert, we do typically recommend players at least choose areas they’re personally interested in so researching the topic is fun, rather than a chore.

And researching should definitely be part of the process, even if you don’t go very deep! You’re unlikely to have a very convincing sailor character if you don’t know some basic boating terminology, for example.

It’s common for a character to be competent in a host of related skills. 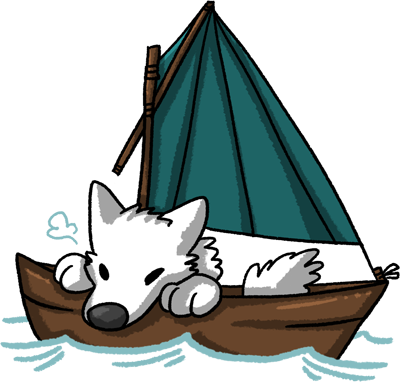 For example, a sailor character could know how to sail a few different types of boats and how to fish using a few different techniques. Maybe they also know how to navigate by star and how to aggressively barter at port. These things are all related, and it’d make sense for the character to have developed them over a similar amount of time, so they’re equally good at all these things.

Still, this well-rounded sailor probably wouldn’t be as good at line fishing as someone who’s dedicated their entire life to line fishing and little else. The sailor wouldn’t be a line fishing expert, but they know their way around a line. Experts are rare, and it’s important to remember that a character can be good at something without being the best at it.

And while a background in one area may give them a leg up on learning new related skills, it isn’t a free pass. For a sailor who grew up on the sea, fishing on a lake can still be quite a learning experience, even if they know the basics.

Some characters may choose to learn skills in wildly different areas.

Perhaps another sailor grew up learning to sail a specific type of boat and their family utilised only one fishing technique. And instead of spending time getting really good at sailing and fishing, or learning related skills, the sailor chose to learn how to sew instead. But just a little bit. They can stitch competently, but they got bored trying to do anything complicated like embroidery and ran off to practice sword-fighting instead.

‘Souls does not have any numeric system of stats or levels. Players are expected to exercise good judgment as to what constitutes realistic skills development and progression for their characters.

For the most part, this means not becoming amazing at a new skill overnight. If Reginald touches a bow for the first time in January, he shouldn’t be shooting bullseyes everywhere in February.

So when would be a realistic time for Reginald to start shooting bullseyes?

This can depend on a lot of factors! Does Reginald have a dedicated teacher, or is he messing around on his own? Does Reginald dedicate a few hours daily to his new practice, or is he just experimenting every week or so? Every month or so? Does Reginald have other skills that can be applied to archery? Does he, for example, already have great aim with a slingshot?

A player wouldn’t have to roleplay out every fine point of Reginald’s progress, but referencing the steps a character is taking towards improvement is important. If Reginald is noted to be practicing daily, perhaps he can hit his first bullseye in a few months — but maybe it was an accident. It could take a few more months for Reginald to hit another, but maybe he’s more confident about that second one.

Mastery of a Skill

And even as a character “levels up” in a skill over time, it can take years for them to reach mastery — if they ever do at all!

In general, truly mastering a certain skill, especially a complex one, means giving up the pursual of many other skills. To become the best of the best at line fishing, the line fishing expert eschewed developing their prowess at other types of fishing, even if they’re competent at them.

And other types of skills? Any day they spend learning to sew or string a bow or identify an herb is a day they aren’t spending line fishing! They don’t have time for those other things if they’re going to be the best line fisher there ever was!

But remember, a character can be good at something without being a master or expert at it.

Very few pianists would consider themselves masters at their craft, but there are many, many pianists who are “simply” very good. And perhaps those very good pianists’ friends think they’re masters, but that doesn’t make it so!

This isn’t to say that characters can’t be masters at things, but it shouldn’t be extremely common. Luperci as a society are still learning about and developing knowledge in many areas, so it’s worth considering that no one is yet a true master in areas like metalworking (complex chemistry!) or herbology (complex botany!).

And being a master doesn’t mean a character is perfect and never makes mistakes, either. While it may be rare, even master pianists have their fingers slip sometimes. Mistakes are a large part of what makes characters interesting and “real.” 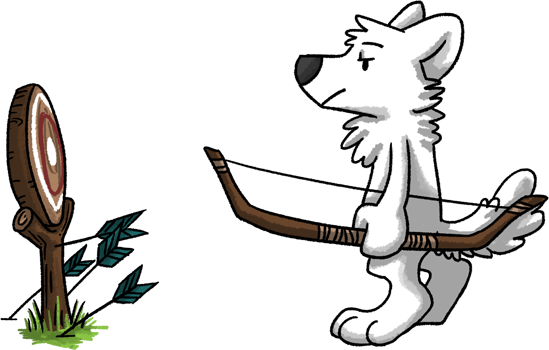 Some especially complex skills take a long time to even build up the groundwork for knowledge and practice.

Sailing and fishing are practical and straightforward physical skills that can generally be taught by example. Herbology, on the other hand, may involve studying, identifying, foraging, mixing, and experimenting with dozens of plant varieties. If a character is learning this all their own, it would take a long time!

They’d have to personally learn to distinguish between potentially hundreds of plants in their area, and then test all of them to see which are actually useful. And how would they do that? Do they have packmates or siblings to experiment on? If one friend has a bad reaction, but the other seems to improve after eating a certain plant, what conclusion is there to draw?

Science takes time, and a character needs to have all their other needs met to be able to dedicate that time to “trivial pursuits.” After all, they can’t know that any of the plants they find are useful at all! This is another reason complex skills are more likely in advanced Luperci societies, where most individuals aren’t worried about where their next meal is coming from.

Even with a teacher, though, many knowledge-based skills, like herbology, take a long time. This type of study is time-intensive and requires regular, dedicated work on the part of the student. Botany students in the real world don’t have to make all the discoveries in their textbook themselves, but they still have to absorb all of that information!

Physical work can depend a lot on muscle memory, so a sailor who takes a break from sailing could pick it back up again without much trouble — but a herbalist who at some point memorised all the properties of their native herbs might not have as easy a time recalling them after a year.

It’s important for characters whose skills are based mostly in knowledge to be constantly refreshing and using that knowledge, but even for physical skills, characters do get rusty without practice! The sailor might still be able to sail after a break, but they probably couldn’t maneuver effortlessly through a patch of rocks the way they used to.

Meanwhile, skills like metalworking require controlled ovens and materials to work with. Ovens can’t really be moved around, so metalworking isn’t a skill to be picked up by a nomadic character. In the same vein, herbalist skills aren’t likely to be developed in the desert, and falconry can’t be practiced while at sea. Keep in mind the limitations of your characters’ environment!

There is a lot of knowledge we take for granted as human roleplayers that Luperci wouldn’t realistically have access to — for example, the fact that metal melts at high temperatures.

Like the Luperci who set out to catalog and experiment with all their local plants, it’s possible that some Luperci might have experimented with fires and heat and discovered that metal melts at certain temperatures — but this knowledge isn’t widespread or well-known, and most characters would need this knowledge specifically passed to them.

Teachers can help answer the question of “how/why would a character want to pursue this skill?” by establishing that a certain thing can be done and is useful, but ultimately, a character still needs to spend the time to practice and learn. A teacher isn’t a shortcut so much as a compass; the path to obtaining a skill is still long and time-intensive.

Additionally, it’s worth remembering that teachers are characters too. Even if they’re merely “NPCs” in your character’s backstory, they should have some basic motivation for wanting to teach your character a skill, and the teacher character should also have obtained their own skill in a feasible way. Even if these things aren’t explicitly defined, they should be easily inferred.

For example, it’s less likely for there to be a random character capable of teaching Reginald how to metalsmith in South America than central Europe, and it’s less likely that a random traveler Reginald met on the road would decide to spend a year teaching him the finer points of archery than, say, Reginald’s mom or something. ;)