The ability to shift opens a lot of doors for Luperci and allows them to develop lifestyles, cultures, and traditions that differ significantly from their non-Luperci ancestors.

That said, Luperci cultures vary as much as human cultures do, and what is typical in one Luperci population may not necessarily be common in another. The below are simply guidelines to give players an idea of the sorts of lives Luperci might lead.

Many Luperci packs remain structurally similar to traditional wolf packs, and their main difference is the use of primitive human technologies — spears or knives, fire, and building shelters.

Luperci live in groups of five to twenty-five members and maintain similarly-sized territories to their non-Luperci counterparts. Though Luperci can occupy smaller areas or areas with less prey due to higher success rates when hunting, larger territories may still be preferred as a display of power or wealth.

In keeping with wolf tradition, Luperci packs may also be nomadic, following herds through a large area.

Luperci can be as territorial as non-Luperci. Territory boundaries are clearly marked — though in addition to scent marks, Luperci may also utilize physical barriers, such as fences or walls, to keep away trespassers. 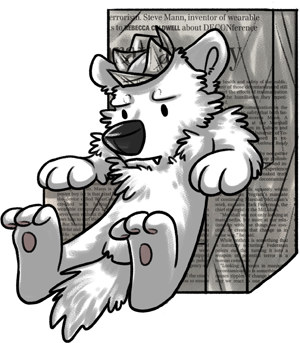 Like normal wolves (and humans), Luperci rely on social hierarchies to keep order within their packs. The specifics depend largely on the individual group. Usually, an alpha or alpha pair maintains dominance over the rest of the pack, and the pack still participates in shows of dominance and submission.

The more humanized the group, however, the less strict the hierarchy tends to be — or at least, displays of dominance and submission tend to be more subtle, and many Luperci prefer a degree of casualness to general pack interactions.

This isn’t always the case though — some packs may well choose to adopt an especially rigid, military-like structure. On the opposite end of the spectrum, hippie-like communes with very little structure can also exist.

Luperci may hunt differently from non-Luperci, though not necessarily.

Those preferring their Optime and Secui forms may hunt more often alone, as these forms allow for more options compared to Lupus form, which can result in higher success rates. The Secui form can outrun and overtake prey, while the dexterous Optime form allows use of weapons. Like the typical wolf, however, Luperci prefer the sick and old to the young and healthy.

The eating habits of Luperci may also differ. Some enjoy cooked meat, although their digestive systems are always capable of digesting raw meat. Most eat in the same manner as their ancestors — gorging on as much as twenty pounds of meat in one sitting. Most canines, Luperci or otherwise, are capable of going long periods without eating substantial amounts of food.

The extent to which a Luperci has adopted a human-like lifestyle depends entirely on the individual and their background culture and history.

At ‘Souls, the trend over the last decade has been an increasing number of Luperci who live more “domesticated” lifestyles.

Still, some Luperci remain quite feral, are most comfortable in their Lupus forms, and live in old-fashioned, dug-out dirt dens, even while their packmates prefer to live in houses or cabins, whether human-built or newly-built, wear clothing, and riding horses.

Due to smaller land mass and higher population density, more humanized lifestyles have become widespread in Europe and Russia. Luperci originating from such areas may be wholly accustomed to living under roofs, reading and writing, cooking meat, and using tools and weaponry.

Luperci from populous areas may be accustomed to a broader hierarchy similar to a feudal system. Slavery and systems of servitude may occur as well. Luperci from other, more remote and sparsely populated areas of the world, like South America, remain very feral.

For more information about Luperci around the world, see Worldwide.

Because the virus that results in Luperci is highly infectious and easily spread, there are very few pockets of non-Luperci left in the world. These communities live in isolation, existing in places not frequently traveled and away from Luperci.

However, traditional, feral lifestyles persist in many areas, even though these communities still comprise of Luperci. Beyond satisfying their compulsion to an initial shift around six months of age, some Luperci choose never to shift at all and live most of their lives in Lupus form.

Some communities have strong superstitions or other prejudice against humanized lifestyles and consider their Optime forms something to be avoided. Cultural avoidance and misinformation may lead some individuals to fear or be ashamed of their ability to shift, but all Luperci will still shift at least once in their lifetime, and they cannot be unaware of this ability.

Luperci would primarily value useful items when trading with one another.

Theirs are primarily gift or barter economies, where characters trade services or goods, or give them freely with the knowledge and assumption that such goods will be repaid in kind eventually. No Luperci society has a fiat currency system as no Luperci society is large or organized enough to create, distribute, and maintain the integrity of money.

Wealth is typically held in items, territories, or other property judged to be desirable, either in terms of rarity or usefulness. This may include, but is not limited to, things like: books, paper, tools (hammers, axes, horse tack), raw materials (especially those not native to an area), clothing, and livestock.

Aside from livestock, nearly all of these items would be Luperci-made as many human-made equivalents are degraded and unusable at this point. In particular, human-made books, paper, clothing, and fabric are no longer obtainable. Luperci-made items are also usually more valuable, as they are tailored to Luperci sizes and needs and represent a more immediate demonstration of skill.

In general, Luperci are quite limited in their use of technologies. Most Luperci-made tools correspond to those from the Neolithic period. However, the most advanced populations may be capable of using scavenged or partially scavenged and adapted technologies from the Bronze Age through the Middle Ages.

Modern technology, however, is completely inaccessible to Luperci, no matter how advanced. Among other limitations, they cannot create or utilize electric, gas, or battery-powered items. For more information about technology, skills, and related topics, our Realism Guide is a good place to start! Be sure to ask if you aren’t sure about whether something is feasible for Luperci!

Most Luperci tools, including weapons, are made from simple materials like wood, stone, sinew, and grass rope, and fashioned into simple shapes. Metalsmithing remains a rare skill, so while metal blades are possible, they are not common.

Axes, knives, and swords would not have complex designs or intricate pieces of negative space that might compromise structural integrity (that means no fantasy-style swords!).

In addition to the more “standard” tools like knives, it’s worth keeping in mind that many things that we humans take for granted — like rope — would not necessarily be commonplace in Luperci communities, especially those that are still spending a majority of their time hunting and surviving. Many tools require special skills to make and significant “leisure” time in which to make them, not to mention to learn how to use them!

Clothing is entirely optional to Luperci, as most don’t have any need for it at all.

The most common types of clothing are the fur cloaks and wool coats and sweaters used by canines from warmer climates who may not have the natural fur needed to survive in colder ones. This is followed by other functional clothing, such as leather armour, arm or shin guards, riding chaps, and wide-brim hats.

Clothing for fashion’s sake, such as light shirts, skirts, and trousers, are less common, as wearers of these items risk the clothing getting in the way of regular tasks, which can be quite dangerous! For example, skirts and dresses catch easily on bushes, branches, etc. Individuals that sport such clothing are likely to live in more sheltered and more privileged environments.

Luperci in Optime form should remove their clothing before shifting back to smaller forms to avoid being tangled in too-large clothing once in a smaller form. Clothing doesn’t magically appear or disappear when shifting!

Over the years, human-made clothing has become damaged, disintegrated, and unusable from time and the elements. As such, most Luperci clothing must be made by Luperci, who are limited by the availability of raw materials and development of technology to create cloth and fabric. Luperci-made clothing tend to be simple, both in terms of materials and cut.

Fur and leather goods are most common, followed by wool. Linen and cotton may be found in some communities, but these materials require more advanced and labor-intensive manual processing.

While more feral Luperci are less likely to wear shirts and pants, they may still adopt useful items like bags and satchels. These require a helping hand to secure to Lupus forms, but careful engineering of products may allow for individuals to strap a bag loosely to themselves in Optime form, shift down, then secure straps with their teeth once in Lupus form.