Do you feel like your writing isn’t good enough? Have you gotten bored with the way you write? Do you just want something to try to improve on? A change of pace? Then you’re on the right page!

Re-read the thread (or at least the two most recent posts) before you reply, especially if it’s been a while since you last replied. You don’t want to repeat things or settle into a repetitive rhythm.

Re-reading your posts is an easy way to avoid many errors. Look for areas lacking clarity in particular. If you don’t understand what you wrote, no one else will. It can help to take a short break — even ten or twenty minutes — before going back to edit. Start the next post, and when you’re done with that one, go back to the first to edit. Keep this up until you’re all tuckered out or done with your posts! This lets your brain refresh a bit in between posts, and lets you keep the pace going nicely, too.

Sometimes, we write too fast. You’ve got a dozen threads to reply to today, right? No — you don’t! Replying in a timely manner is important, but it’s equally important to give good posts. Making a partner wait a week is better than giving a partner a sloppy post with errors or little interaction.

Strive for 200 words (2 paragraphs). One of the most common issues with newer and inexperienced roleplayers is writing that lacks detail. Too little detail can make for boring or difficult roleplay — especially for your partner. We encourage members to write at least this amount for their posts. ‘Souls does not enforce a word minimum after acceptance, but we do strongly encourage writing at least this amount in posts. 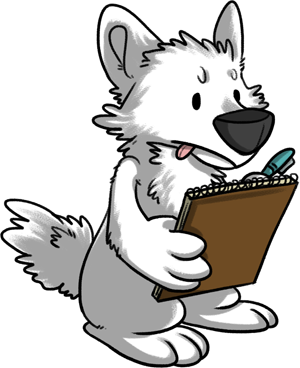 While these resources are here primarily to help with ‘Souls understanding and world-building, they can also be extremely useful for writing information. We provide a ton of detail regarding ‘Soulsverse — you can use that to your advantage!

How effective is your imagery? Can a reader visualize the scene? What are you leaving up to the imagination? Emphasize what might be important. Consider metaphors, but don’t overuse them.

For the most part, the technical foundations of writing — spelling and grammar — just take practice.

Built-in spellcheckers in almost all text editors and modern browsers make it easy to catch mistakes, but don’t rely exclusively on automatic checkers! When you find a misspelling, delete the word and re-write it correctly. You’ll learn, sooner or later! If you have to, write out on a piece of paper in big, bold markers any consistently troublesome words. Stick it up right next to your computer — you can look at it when you need to. This can eventually help you memorize words you spell wrong!

Persistent grammar issues can be addressed in a similar manner. Re-read your writing — especially older writing — to understand what went wrong and how you could have said it better. If you use a grammar checker, first be aware that grammar checkers are imprecise. Second, don’t just take the checker’s advice that you structured a sentence incorrectly. Figure out why! What rule did you violate? What change fixes it?

Remember, too, that grammar tends to be relatively flexible, and that writers are generally allowed a fair degree of creativity in how they string together words. Know the rules well, but don’t be afraid to break them when it feels right.

If you need extra help, head over to the Questions and Help forum. You can post your writing for others to evaluate. Sometimes a fresh pair of eyes and tailored critique can be most useful of all. Don’t worry — no one will eviscerate your writing, we’re nice!

Diverse vocabulary can be a sign of sophistication, but “vocabulary” isn’t just using a thesaurus. You should understand the meanings, nuances, and correct usage of every word you use.

Synonyms may not be so easily swapped. Some words have shared definitions, but carry a different connotation. Build your vocabulary, but don’t get carried away with big, long, or obscure words just because you think they’re impressive. Sometimes you may be using them wrong — and consistently using words that are easier to understand makes your writing, as a whole, easier to understand.

Many dictionaries and thesauruses are available online. See External Links.

Dialogue is a difficult part of writing. When roleplaying, too, there are some “conventions” that you should try to avoid:

Improving dialogue can be difficult, but it can also be fun and rewarding. There are some things you can do to improve your character’s dialogue and speech: 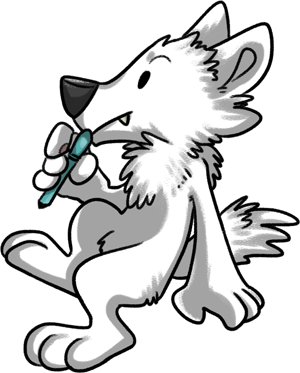 For many, if they write all the time, they get burned out and it’s tough to maintain motivation. This is most noticeable as an immediate and short-term side-effect of writing say, six or seven posts in a night. After a while, you just can’t really think straight and it’s hard to put words together. Your brain is tired, stressed, and doesn’t want to write anymore.

Like with most stress, this happening over a long period of time can have longer lasting negative effects. It can induce writer’s block or a complete burn-out (a period which may stretch over months where you just don’t feel up to writing at all). It’s a pretty nasty feeling!

The key thing is rest. Try to write, but don’t try to push yourself too hard. It’s really tough when you lose inspiration, but the entire world is full of things from which you can draw inspiration. Don’t freak out over activity either! NPC status exists for a reason — you can take a break if you need to. We’ll always be here when you feel up to coming back!

When you get into these hard-to-escape periods where you just can’t write, here are some techniques to relax yourself back into writing and roleplaying:

Members are encouraged to post to the Questions and Help forum to ask for feedback. Post your character profiles, individual posts, threads, plots — you name it! This is an excellent way to get a wide variety of opinions from many different ‘Souls roleplayers.