‘Souls is an advanced writing community. We like to write; we like to write well, and we like reading good writing. While no posts and no players are perfect, ‘Souls has a basic expectation of quality from its members. All players must meet a minimum standard and be able to write in English at an American high school level or above. If you are not at this level, we are more than happy to help, but you must be willing to put in the effort and want to improve.

The Importance of Proper English

This definitely extends beyond just roleplaying — if others struggle to parse your thread requests or Private Messages, they may not reply or you may struggle to understand each other. 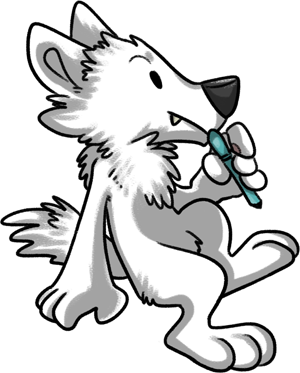 Use third-person perspective and past tense to write your posts.

‘Souls adheres to this traditional play-by-post roleplaying format. It is confusing and awkward when players use other tenses and perspectives, such as first-person or present tense. Remember: third-person (he, she; not I) in the past tense (walked, howled; not walks, howls).

English is the common tongue in the ‘Souls universe, but many characters do speak other languages, including Spanish, French, and Russian. Your roleplaying should always be written in English, but it’s permissible to include dialogue in other languages.

If you choose to include non-English dialogue, it’s common courtesy to include a translation, whether in the OOC portion of your post, or by using hover text. This way, your roleplay partner and other readers can hover over the foreign text to see the English translation.

It’s worth keeping in mind, however, that some languages with non-Latin character sets (как русский) will not render properly on all devices, and that hover text does not show up on mobile devices.

“Cet idiot ne sait pas de quoi il parle,” Bob said dismissively. He glanced sideways at his brother a moment before looking back to the trader, scowling. “Tell me again, your wares,” he demanded. “How did you obtain?”

The simplest practice for foreign dialogue is to simply write it in English, while including italics, brackets, or some other indicator to denote that it’s another language. Often, this can be written directly into the prose, too.

<<“This idiot doesn’t know what he’s talking about,”>> Bob said dismissively in French. He glanced sideways at his brother a moment before looking back to the trader, scowling. “Tell me again, your wares,” he demanded in English. “How did you obtain?”

If you aren’t sure how long to make your posts, a good rule is to match your roleplaying partner’s posts per turn.

It’s widely suggested to strive for 200 words (two to three paragraphs) per post, but this is not a strict minimum. Length isn’t everything — what you put into your posts is a more important. For example, in fighting threads: some players prefer short, action-oriented posts! On the other hand, it can be hard to reply when an opening post is too short.

Remember: responding to a post consisting of two short, simple sentences is difficult. It is extremely unlikely such a short post conveys enough information to formulate a response. Give the other player enough to work with.

If you’re having trouble beefing up a short post, we suggest the following:

‘Souls does not have a maximum word count. However, a 2,000 word post is extremely time-consuming for other roleplayer to read, and as it’s likely filled with introspection or other thought-based text, it can be difficult to respond to.

If you think what you’ve written is way too long, here are some pruning tips:

Define the weather, area, and time of day. Thread settings are extremely important, and it’s important for players share a perspective on the setting. Check the current weather in the area you’re roleplaying in — you don’t have to adhere to real life conditions exactly, but it can be a good starting point if you’re stuck. Check the territory’s board description, or check the Areas page of the Wiki for even more information. Dedicated roleplayers can even check the Flora and Fauna guides to ensure referenced animals or materials actually live/grow in an area!

This is useful if the thread seems to be stagnating, but neither of you wants to end it yet. For example, if your characters are sitting around a fire, your character could note that the fire is getting low, prompting someone to fetch more wood. If it was noted earlier in the thread that it was raining, the rain could increase greatly in intensity, or it could stop altogether. Other small changes regarding scenery and the like can change up the flow of a thread without completely interrupting its purpose.

If you want to throw something at a player that’s completely out of left field though (suddenly a bear appears!), make sure you check with them first to make sure they don’t mind!