Belief in nature gods/goddesses, various personal religions, as well as human religions, have been popular in the past. However, it is worth noting — there are no canon gods and goddesses or religious system in ‘Souls. There is also no overarching religious system shared among all characters.

‘Souls is not a game in which overt and strong supernatural or magical elements are tolerated. Despite the existence of Luperci and various pseudo-scientific game elements, ‘Souls has always been a mostly realistic game. Your character cannot be a spell-casting mage or control the elements or anything like that.

When supernatural elements are incorporated into the game, it is done only in an underhanded manner. Essentially, it is your character’s sincere belief that they are performing magic/their spiritual system is working — plus your ability as a writer to bend the universe (slightly) to suit the situation — that makes for a realistic supernatural occurence in ‘Souls. However, if you repeatedly have things work out perfectly in accordance with your character’s magical/supernatural “abilities” or spiritual/religious beliefs — even if these things are innocuous and natural as rain — this may be considered godmoding as well as a violation of realism.

The only “magical” elements allowed in game are presumed to be “powered” by a character’s faith or belief rather than actual, literal magic and spell-casting. While it is perfectly acceptable to have a character who is into witchcraft and performs spells, magic and spells cannot have an actual effect on the game. Your character can’t cast a rain spell and have rain show up because of the spell. Elemental control and supernatural abilities to this extent are prohibited.

However: your character can cast a rain spell, and then you (as a writer) can control the weather to have rain show up. Your character is then free to believe they caused the rainstorm. In essence, you as a writer are controlling the situation to fit your character’s expectations. That’s totally fine!

You are free to have your character pursue religious and spiritual pursuits in-game. Characters are free to adhere to any belief system or none at all. As with “magical elements,” you’re free to have your character pray or perform a ritual bequeathing their god(s)/goddess(es)/spirits/grand poobahs/whoever to strike down an enemy. If that enemy then befalls some ill, your character is again free to believe their religious or spiritual entities caused this to occur. This is, again, yourself (and another player, in this instance) controlling the universe and aligning it with belief — not belief altering the universe.

There are three types of spectral beings in ‘Souls canon: minor spirits, ghosts, and spirit guides. Spectral beings can be of any species, if they become anything at all. Not all creatures become spectres upon death.

Minor spirits, or lost souls, are weaker creatures that don’t remember who they were in life. They tend to have very minimal visual representations, often appearing very transparent or not at all, only manifesting as a voice or a breeze. Minor spirits tend to be unstable and unable to maintain a long presence in the “living” world — they do not remember why they needed to return and soon fade back to death. Herbivores and prey animals become minor spirits, if anything.

Ghosts are the ethereal forms of once-living individuals. They are much more stable than minor spirits. Creatures returning to the living world as ghosts tend to have unfinished business — they may return out of a strong desire to see or comfort loved ones, to guide descendants, or to hurt enemies. Ghosts are essentially spectres with one foot in the spirit world and one foot in the living world, and they may languish in the living world for years, only occasionally drifting into the “afterlife.” Eventually, most ghosts will disappear back into the “afterlife” for good.

For all ghosts, appearing visibly to the living, speaking with the living, and any other such interaction with the living world requires energy. As this is a finite resource, eventually a ghost must “recharge.” Different ghosts have different abilities. On one end of the spectrum, some are only able to appear for a brief time; on the other, some are able to fully possess the living.

Ghosts’ ability to manifest themselves visually can vary — some cannot be seen at all and remain invisible to the living. Others can only manifest themselves to believing individuals, very spiritual individuals, or individuals with whom they share a strong bond, as it takes much less energy to do so. Many ghosts appear semi-transparent, but others may be strong enough to appear completely solid.

A ghost may appear as they were in life, at their time of death, or even older and younger. It’s very rare for a ghost to appear older than when they died, but not impossible. A traumatic event may cause a ghost to change its appearance and take a considerable drain on its energy.

Death and the Afterlife

Recently deceased ghosts that manifest in the living world may not immediately realize that they are dead. They may be confused and uncertain of their own identity; their knowledge of the passage of time is hazy. Months can pass like minutes, and it can be difficult for them to identify their location. It can take some ghosts a long time to acclimate to the idea that they are dead while others adapt almost immediately.

Ghosts are not allowed to definitively state what the afterlife is like, or if there is one at all. ‘Souls has no canon regarding the afterlife, and we’d prefer the ambiguity remain. 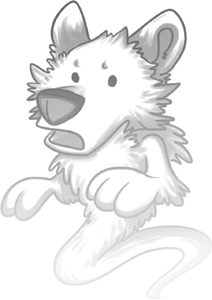 Communication with the Living

Ghosts can communicate with the living in a variety of ways. Most “speak” telepathically — broadcasting spoken word, as well as images or general ideas — to other ghosts or the living. Such speech is not physically heard, though some living individuals may still interpret the words as being spoken. The living cannot reply in the same manner; they must communicate by physically speaking words.

A living individual’s level of belief and spirituality may determine their ability to understand and interpret a ghost’s communications, though the ghost’s strength also factors in. More powerful ghosts may have the energy to speak in actual sound.

Very strong ghosts are able to possess the living. Many ghosts find it extremely disorienting to be in a living body; it generally takes several minutes for the ghost to become accustomed. Possession is extremely draining and cannot be sustained indefinitely. There are also prerequisites to possession:

Spirit Guide companions NPCs were restricted to past members of AniWaya. More information can be found on their website, however, as AniWaya disbanded in 2016, spirit guides are essentially defunct and no longer permitted.